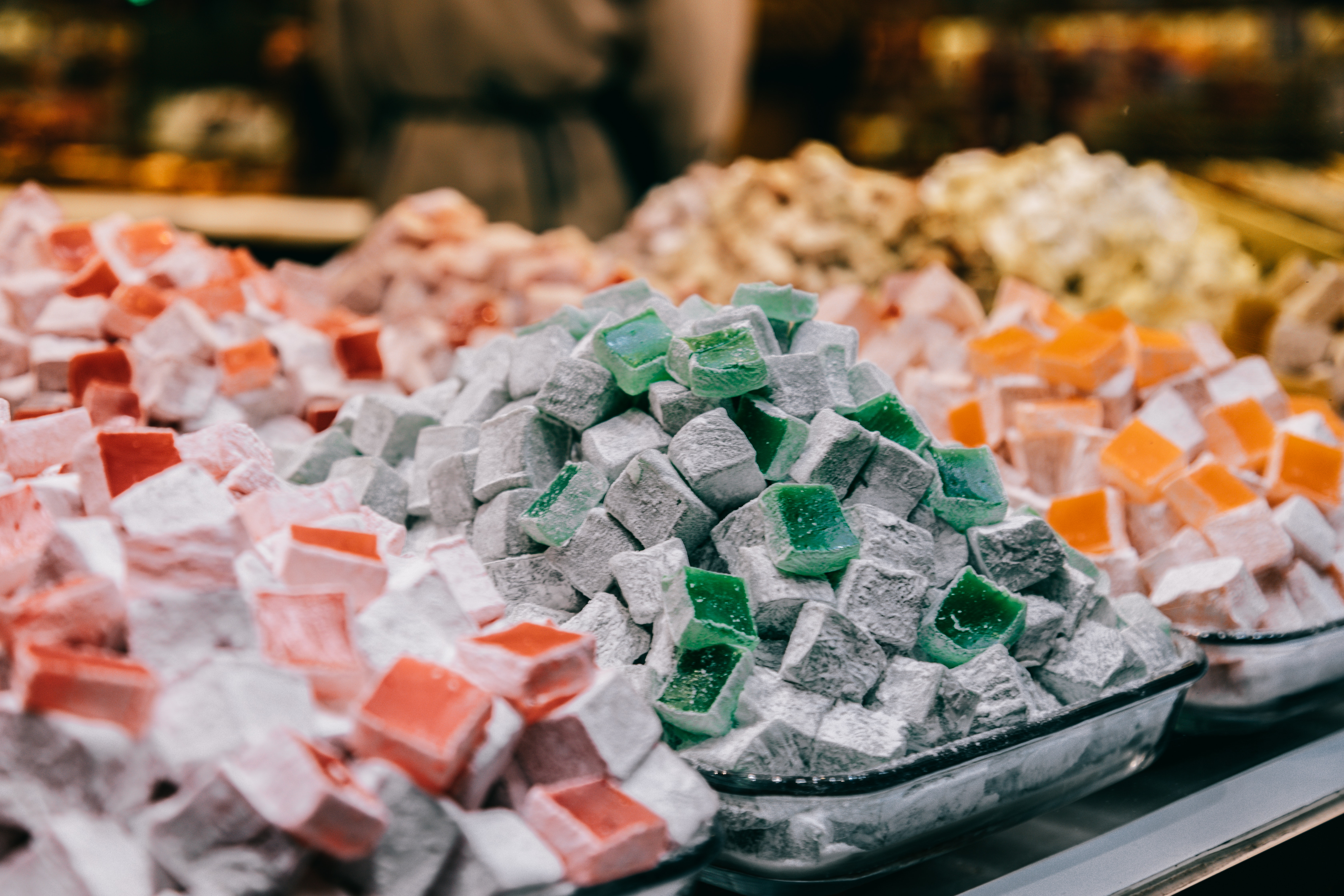 A Brief History Of Turkish Delight

Turkish Delight, otherwise known as Lokum, is one of the most famous pieces of Turkish cuisine and one of Turkey’s greatest exports. Even though you may know and love the dessert, you may not know its origin or how it found its way to Great Britain and the rest of the western world.

In this blog, we are going to talk about the legend behind Lokum, its creation and its journey overseas. As one of Turkish cuisine’s signature confections, it has an extremely interesting story to tell.

Traditional Lokum dates back over 500 years with the legend of its inception coming from Ottoman Court and Sultan Abdul Hamid. The story goes that Sultan Abdul Hamid was having difficulties with his many wives and mistresses, and thought that the secret to winning their hearts would be through food.

Under this assertion, Hamid summoned the greatest confectioners within his empire to create a dessert that would be so delicious that it would create peace and harmony between the women within the palace. The plan worked and the results were so successful that it became an institution of the Ottoman Court from then on.

Travels to the West

After years of being a treat that was a hidden treasure with Turkey, the 19th Century saw an unknown British traveller discover the dessert and bring it back overseas. After failing to remember the dish was traditionally called Lokum, he renamed it Turkish Delight, which is how that name came to be.

Ever since its introduction to the West in the 19th Century, Turkish Delight has been enjoyed by generations. Once traditionally eaten around Christmas time, being delicately wrapped and passed on as a gift to loved ones, Turkish Delight is now a dessert that is enjoyed all year round. 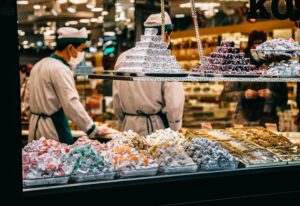 Due to its simple recipe, Turkish Delight has managed to stay relatively unchanged throughout the years. Lokum uses water, sugar, dried nuts and fruits, citric acid and starch. The starch is really the only noticeable change in the recipe, as previously molasses and flour were used instead.

This recipe represents the definition of the phrase “If it isn’t broken, don’t fix it.” Centuries ago, some of the greatest confectioners in Turkey created this delicious treat and it has stood the test of time – known worldwide for its unique taste and texture.

If you are located in Northampton or the surrounding areas and are looking for the finest in Turkish cuisine, make your way over to Turkish Gul – our food and customer service is second to none.

If you would like to contact us about booking a table or checking our availability, please feel free to fill out our online contact form or give us a call on 01295 367 280 .